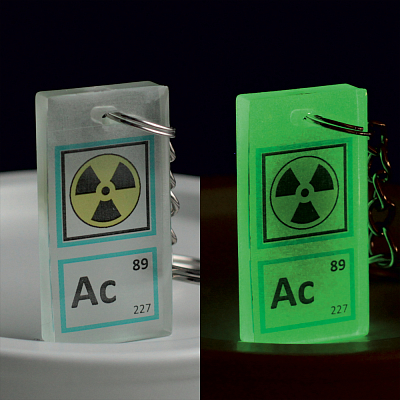 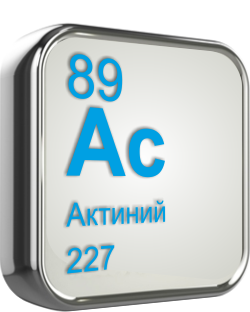 Actinium is a silvery-white metal, heavy, soft, resembling lanthanum in appearance. Due to radioactivity, it glows in the dark with a characteristic blue color. In humid air, it becomes covered with an oxide film.

Actinium was discovered in 1899 by A. Debierne in waste from the processing of uranium tar, from which polonium and radium were removed. The new element was named anemone. Soon after Debierne's discovery, independently of him, the German radiophysicist F. Gisel obtained a highly radioactive element from the same fraction of uranium resin containing rare-earth elements and proposed the name "emanium" to him.

Actinium is one of the most rare radioactive elements in nature. Its total content in the earth's crust does not exceed 2600 tons, while, for example, the amount of radium is more than 40 million tons.