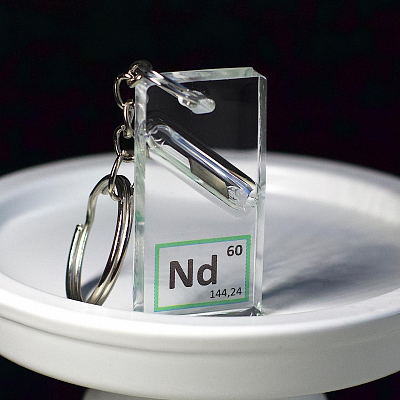 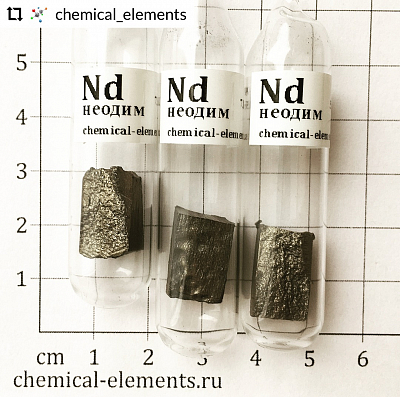 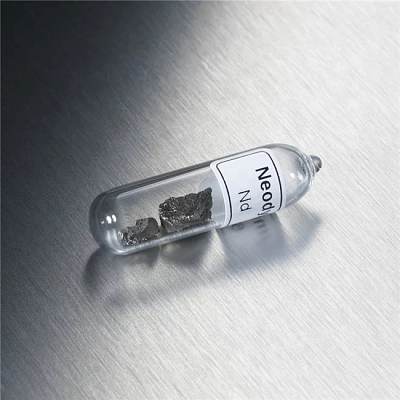 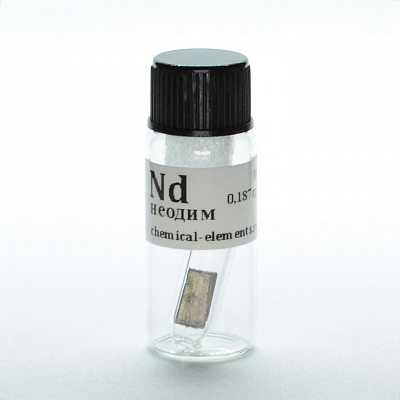 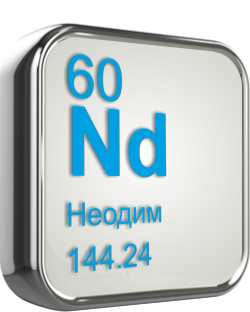 Atomic number       60
Atomic mass       144,24
Density, kg / m ?     7000
Temperature
melting, ° С         1024
Neodymium is a rare earth metal with a silvery white color with a golden hue. Oxidizes easily in air. Neodymium was discovered in 1885 by the Austrian chemist Karl Auer von Welsbach. He divided didyme - a mixture of two rare earth metals, difficult to separate due to the extreme closeness of their chemical properties and previously considered an individual chemical element - into neodymium and praseodymium. It was possible to obtain neodymium in its pure form, practically free from impurities of praseodymium, only in 1925.
Sections