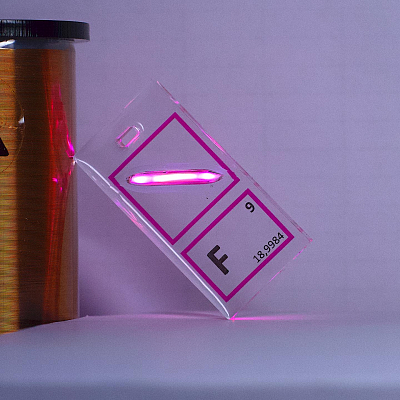 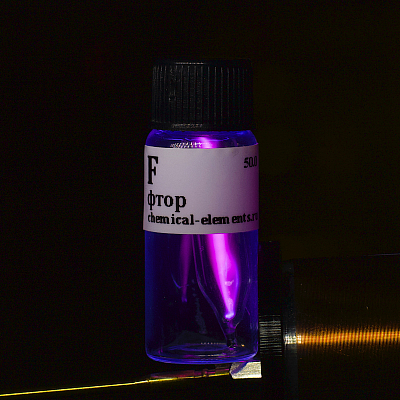 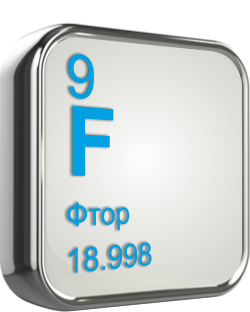 Atomic number     9
Atomic mass     18,998
Density, kg / m?   1,696
Temperature
melting, ° С       -219.6
Fluorine is a pale yellow diatomic gas with a pungent odor reminiscent of ozone or chlorine. The first compound of Fluorine - fluorite - is described at the end of the 15th century under the name "fluor". In 1771 K. Scheele obtained hydrofluoric acid. Free fluorine was isolated by A. Moissant in 1886 by electrolysis of liquid anhydrous hydrogen fluoride containing an admixture of acidic potassium fluoride KHF2. div>
Fluorine chemistry began to develop in the 1930s, especially rapidly - during World War II (1939-45) and after it due to the needs of the nuclear industry and rocketry. The name "Fluorine" (from the Greek. phthoros - destruction, death), proposed by A. Ampere in 1810, is used only in Russian; in many countries the name "fluor" is adopted.
Sections