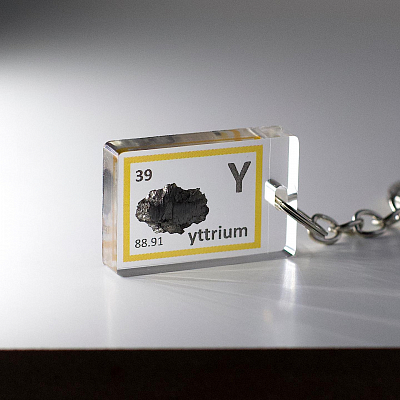 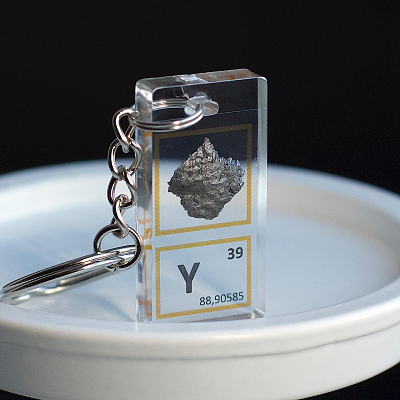 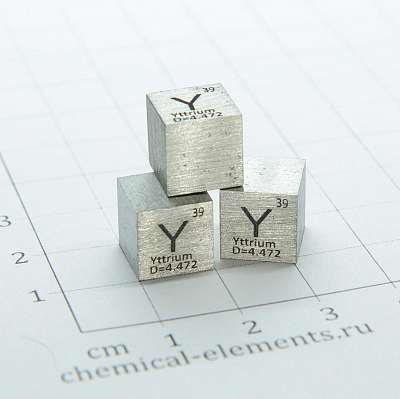 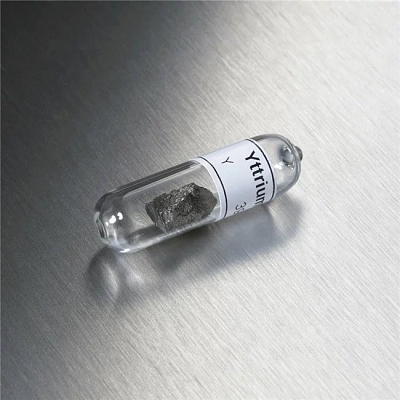 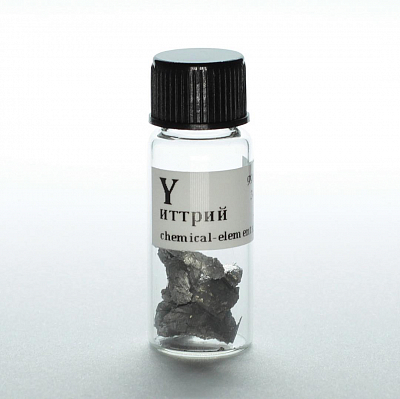 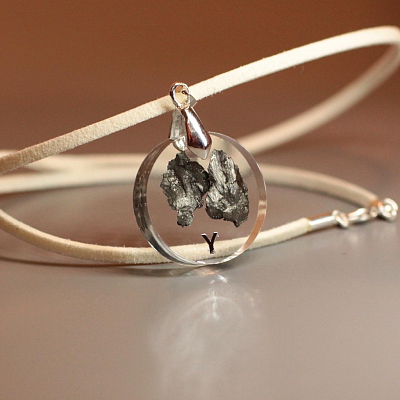 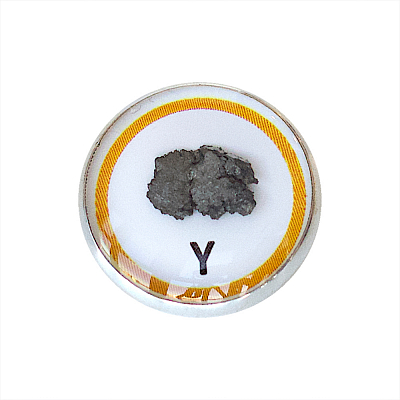 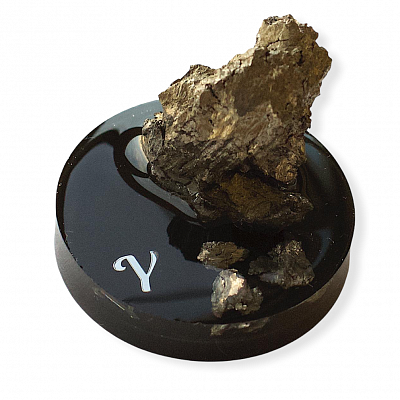 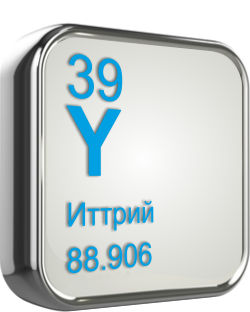 Atomic number     39
Atomic mass       88,906
Density, kg / m?     4470
Temperature
melting, ° С         1525
Yttrium is a light silvery rare earth metal.
In 1794, the Finnish chemist Johan (Johann) Gadolin isolated an oxide of an element from the mineral ytterbit, which he named yttrium - after the name of the Swedish settlement of Ytterby, located on the island of Resarø , part of the Stockholm archipelago (ytterbite was found here in an abandoned quarry). In 1843, Karl Mosander proved that this oxide is in fact a mixture of yttrium, erbium and terbium oxides. Metallic yttrium containing impurities of erbium, terbium and other lanthanides was first obtained in 1828 by Friedrich Wöhler.
Yttrium is a metal with a number of unique properties, and these properties largely determine its very wide application in industry today and probably even more widespread in the future. The tensile strength for unalloyed pure yttrium is about 300 MPa. & Nbsp;
Sections