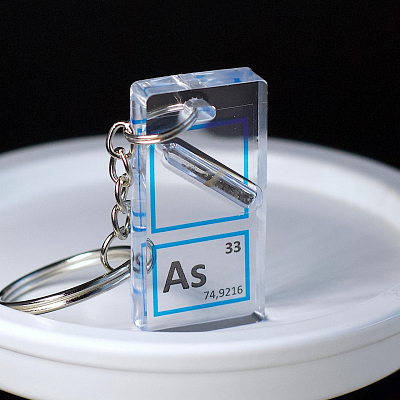 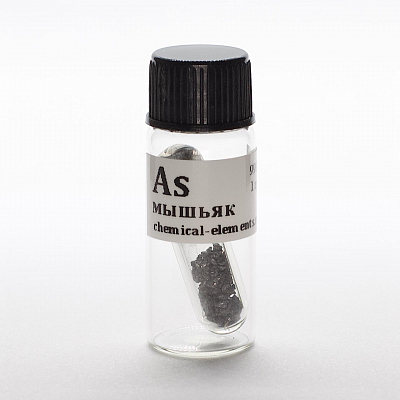 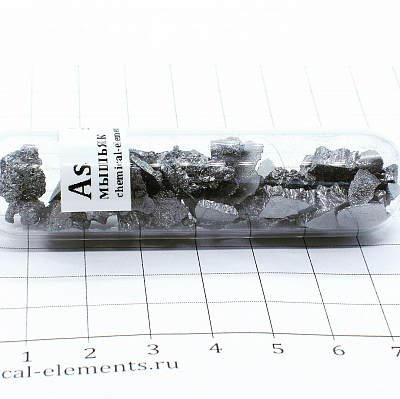 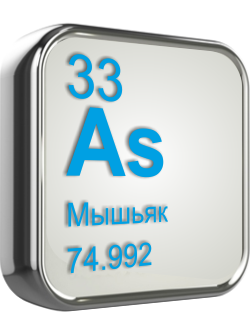 Atomic number     33
Atomic mass     74,922
Density, kg / m?   5720 < / strong>
Temperature
melting, ° С     613
The natural compounds of Arsenic with sulfur were known to the peoples of the ancient world, who used these minerals as medicines and paints. The product of roasting arsenic sulfides, arsenic (III) oxide ("white arsenic"), was also known. The name arsenikon is already found in Aristotle; it is derived from the Greek arsen - strong, courageous and served to denote the compounds of Arsenic (by their strong effect on the body). The Russian name is believed to have come from "mouse" (for the use of Arsenic preparations for the extermination of mice and rats). The receipt of free Arsenic is attributed to Albertus Magnus (circa 1250). In 1789, A. Lavoisier included Arsenic in the list of chemical elements.
Sections