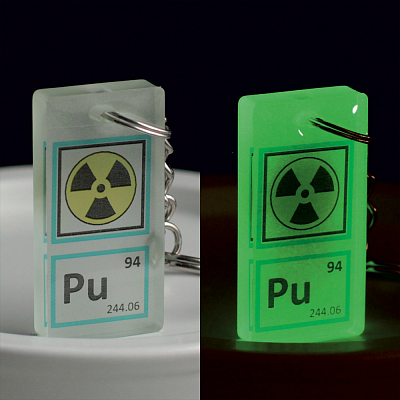 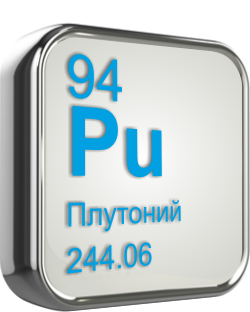 Atomic number             94
Atomic mass             244
Density, kg / m? & nbsp ;         19840
Temperature
melting, ° С             640
Plutonium - Heavy a fragile radioactive metal of silvery-white color.
Plutonium was discovered in 1940-41 by American scientists G. Seaborg, E. Macmillan, J. Kennedy and A. Wahl, who obtained an isotope of plutonium as a result of irradiation of uranium with heavy nuclei hydrogen - daytons. Named after the planet Pluto, like the predecessors of Plutonium in the periodic table - uranium and neptunium, the names of which also originated from the planets Uranus and Neptune. & Nbsp;
Widely used in the production of nuclear weapons (the so-called "weapons plutonium "), fuel for civil and research nuclear reactors and as a source of energy for spacecraft. The first nuclear bomb in the world, created and tested in 1945 in the United States, used a plutonium charge. The first bomb tested by the USSR in 1949 was of the same type.
.
Sections