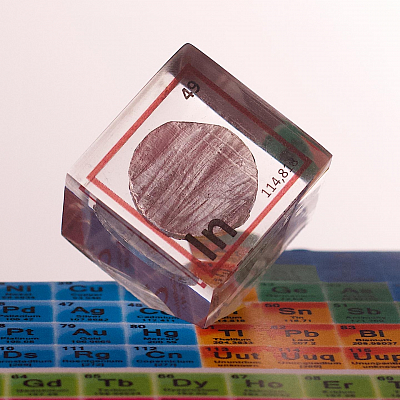 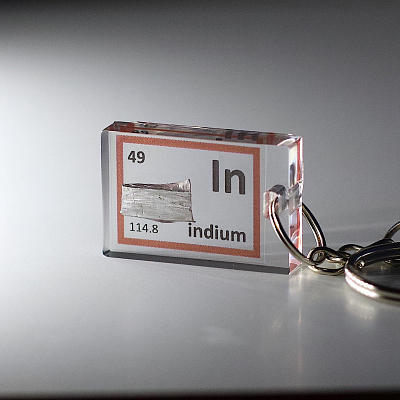 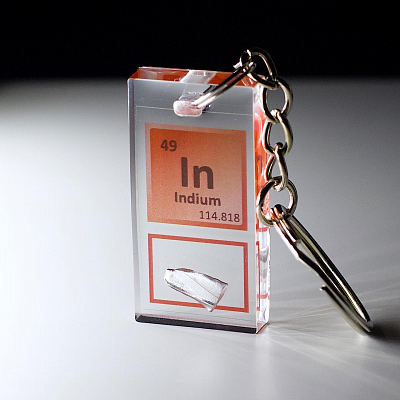 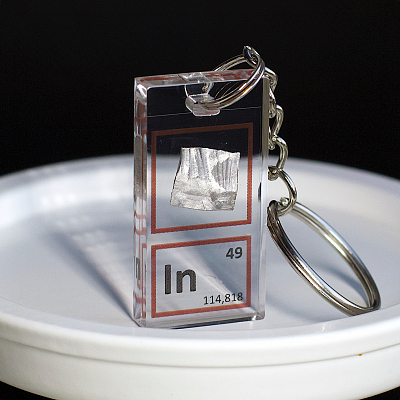 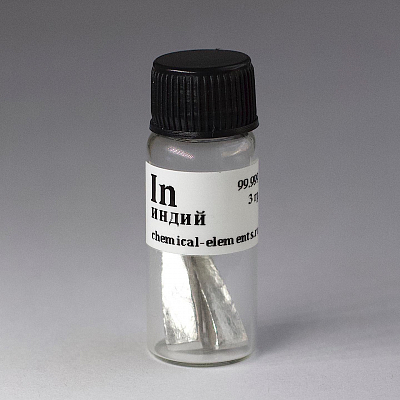 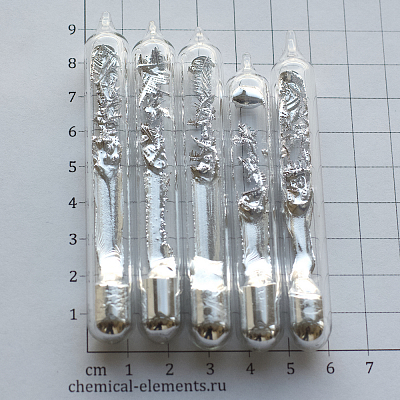 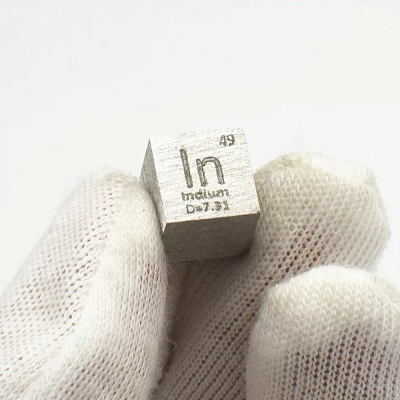 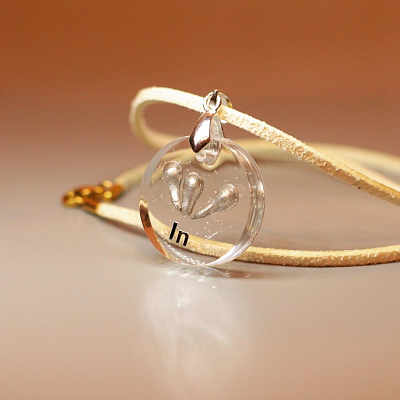 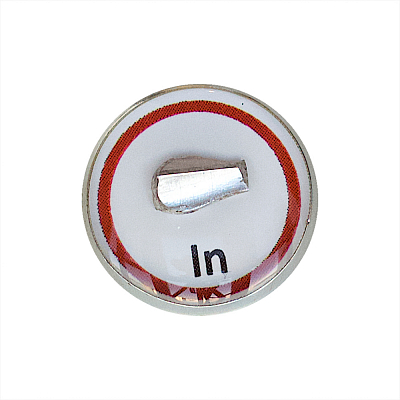 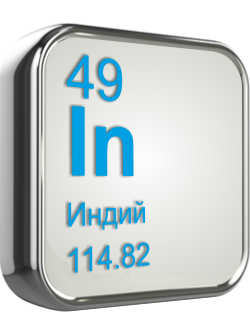 Atomic number     49
Atomic mass     114,82
Density, kg / m ?   7310
Temperature
melting, ° С       156.2
Indium is malleable, low-melting, very soft, silvery-white metal. It is similar in chemical properties to aluminum and gallium, in appearance to zinc. Indium was discovered by the German chemists Ferdinand Reich and Theodore Richter in 1863 in a spectroscopic study of zinc blende. They were looking for thallium, but instead of the green line of this element, they found a bright unknown blue line in the spectra (Professor F. Reich suffered from color blindness and could not distinguish the colors of spectral lines, so all observations were recorded by his assistant Richter). Subsequently, the metal was isolated by Richter in an insignificant amount, but a half-kilogram ingot of indium was already presented at the world exhibition in 1867. & Nbsp;
Sections