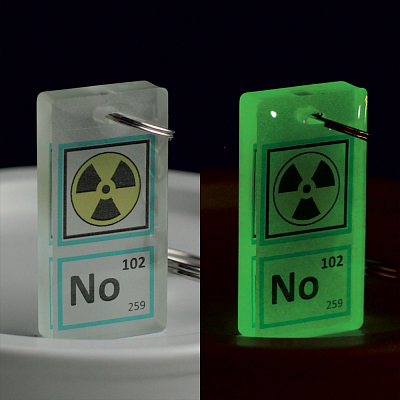 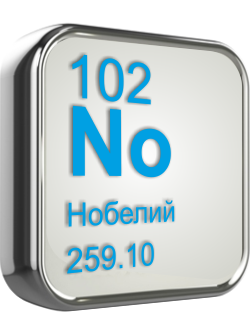 Nobelium is a radioactive metal. The first to announce the discovery of 102 elements in 1957 was a group of scientists working in Stockholm (Sweden). They also proposed to name the nobelium element in honor of Alfred Nobel. However, later these data were not confirmed by the work of other laboratories. Element 102 was first obtained during experiments at the accelerator of the Joint Institute for Nuclear Research in Dubna in 1963 - 1967 by G. N. Flerov's group. Independently of them, at about the same time, the element was obtained at the University of California at Berkeley (USA). In 1992, the international scientific community recognized the priority of the discovery of 102 elements for the physicists of Dubna. In the USSR, this achievement was recognized as a scientific discovery and entered into the State Register of Discoveries of the USSR under No. 34 with a priority of July 9, 1963