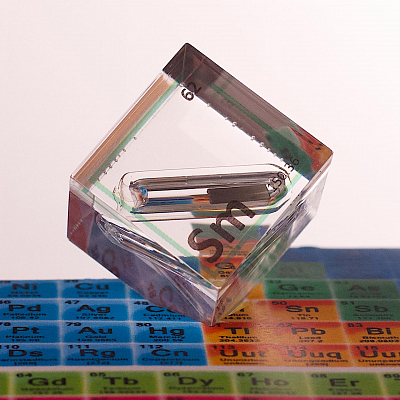 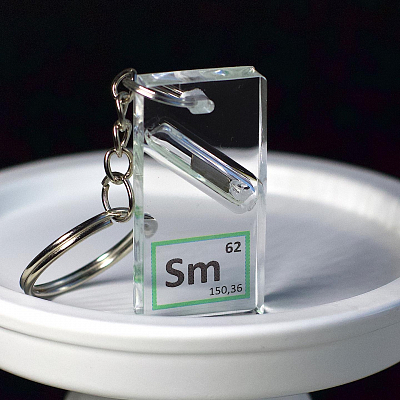 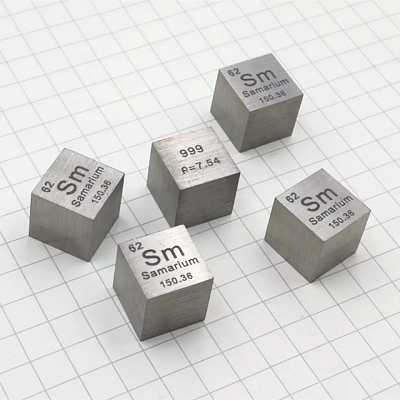 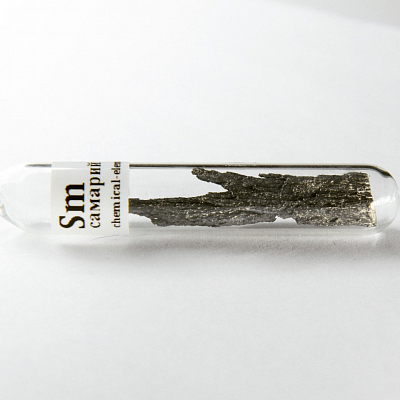 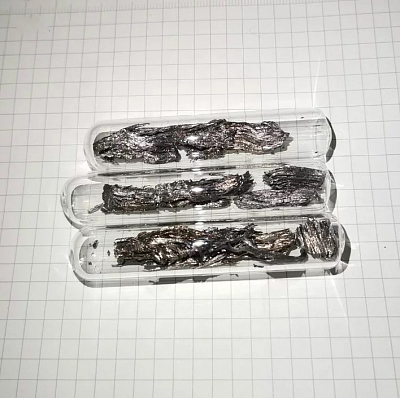 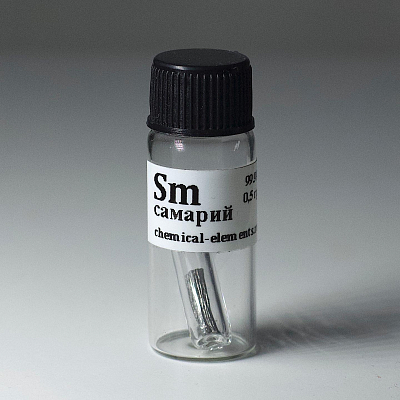 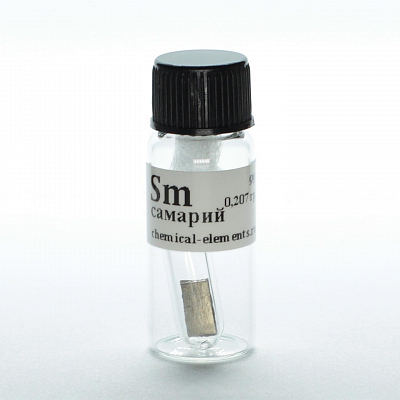 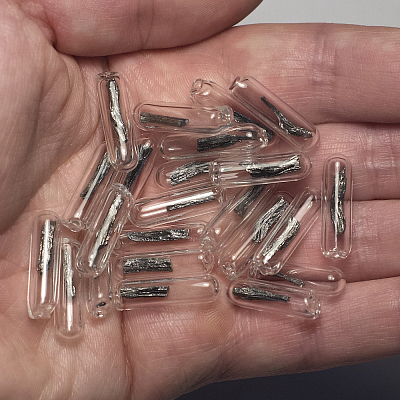 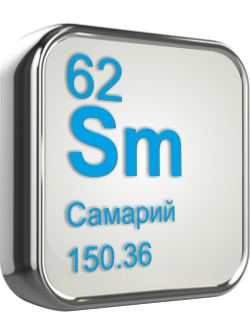 Atomic number     62
Atomic mass       150.36
Density, kg / m?     7540
Temperature
melting, ° С       1072
Samaria is a rare earth metal with a silvery color. The element was isolated from the samarskite mineral. This mineral in 1847 was named after the Russian mining engineer, Colonel V. E. Samarsky-Bykhovets (at the suggestion of the German chemist Heinrich Rose, to whom Samarsky provided samples of this mineral for research). A new, previously unknown element in Samarskite was discovered spectroscopically by French chemists La Fontaine in 1878 and Lecoq de Boisbaudran in 1879. In 1880, the discovery was confirmed by the Swiss chemist J. de Marignac. Pure metallic samarium was first chemically isolated only at the beginning of the 20th century.
Samarium is widely used for the production of ultra-powerful permanent magnets, in an alloy of samarium with cobalt and a number of other elements. And although in this area in recent years there has been a displacement of samarium-cobalt magnets by magnets based on neodymium, nevertheless, the possibilities of samarium alloys are far from exhausted.
Sections