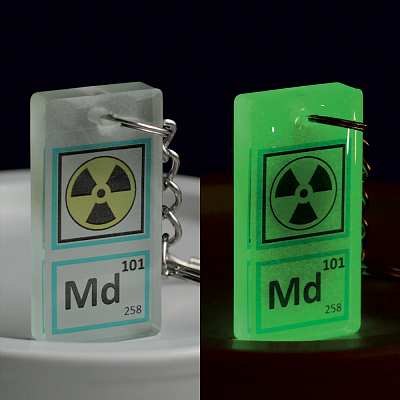 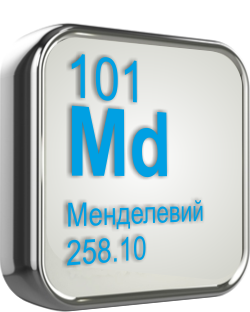 Atomic number       101
Atomic mass       258
Density, kg / m? < span class = "Apple-tab-span" style = "white-space: pre;">           -
Temperature
Melting, ° С           827
Mendelevium is a radioactive metal. The first atoms of mendelevium were synthesized in 1955 by the American scientists A. Giorso, B. Harvey, G. Choppin, S. Thompson, and G. Seaborg, who irradiated the nuclei of the isotope of Einsteinium with highly accelerated helium nuclei. Scientists of the Joint Institute for Nuclear Research in Dubna in 1962 and later obtained hundreds of Md atoms for chemical research. In the first experiments, American scientists had only 17 atoms of the new element. Nevertheless, it was possible to determine some of the chemical properties of the new element and establish its position in the periodic table. The element is named after D. I. Mendeleev. & Nbsp;
Sections