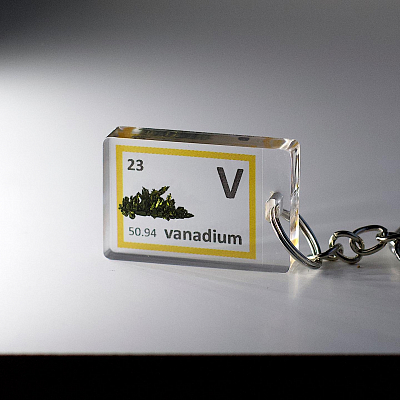 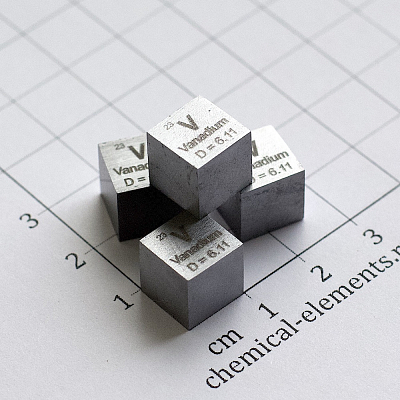 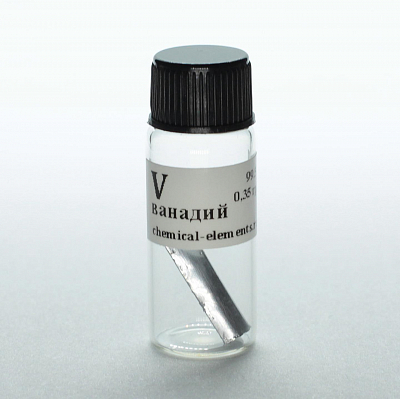 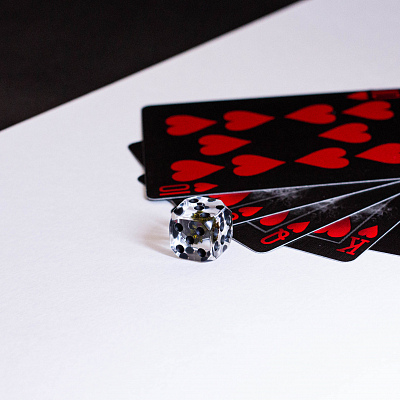 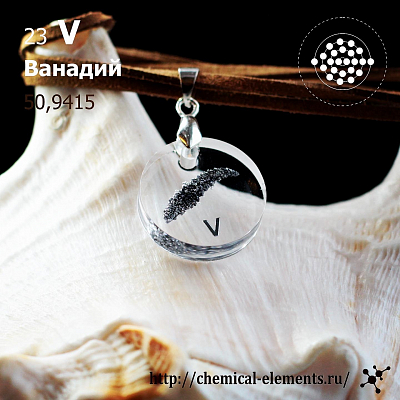 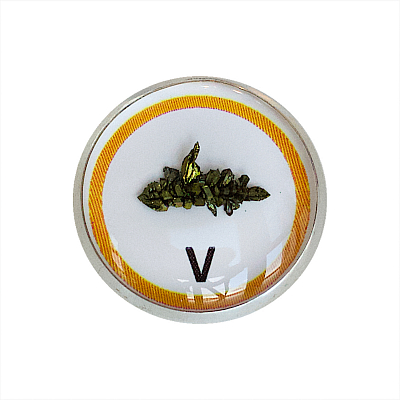 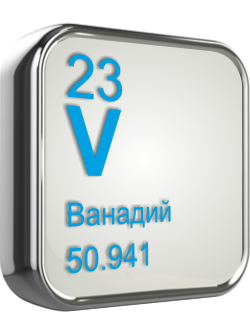 Atomic number       23
Atomic mass         50,941
Density, kg / m ?       6110
Temperature
melting, ° С         1900
Vanadium is a plastic metal of a silvery-white color.
Vanadium was discovered in 1801 by a professor of mineralogy from Mexico City Andres Manuel Del Rio in lead ores. He discovered a new metal and proposed the name "panchromium" for it because of the wide range of colors of its compounds, then changing the name to "erythronium". Del Rio had no authority in the scientific world of Europe, and European chemists questioned his results. Then Del Rio himself lost confidence in his discovery and declared that he had discovered only lead chromate.
In 1830, vanadium was rediscovered by the Swedish chemist Nils Sefström in iron ore. The name was given to the new element by Berzelius and Sefström. One of the main applications of the metal was found as an alloying additive - ferrovanadium to improve the quality of steels. The addition of a vanadium alloy increases the strength parameters of steels, as well as its toughness, wear resistance and other characteristics.
Sections