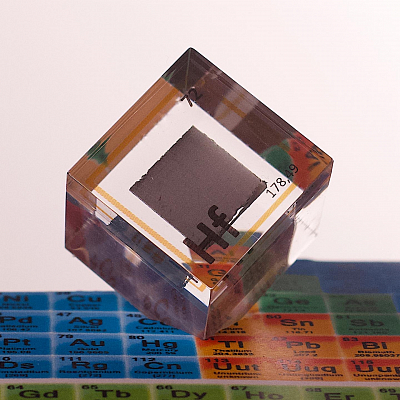 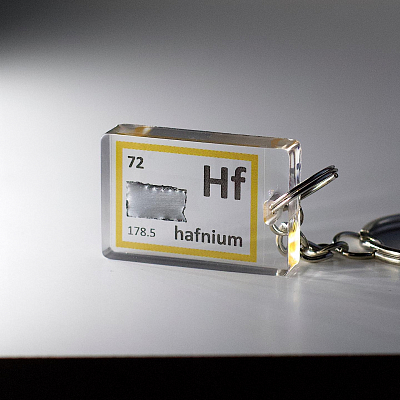 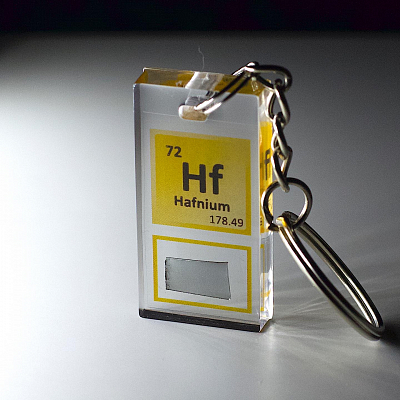 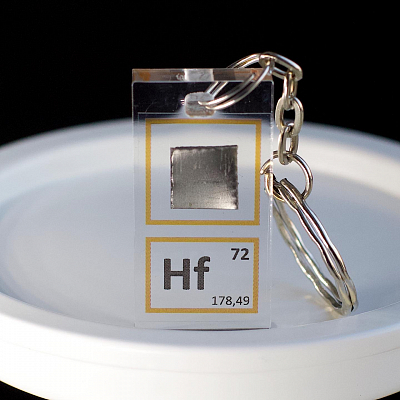 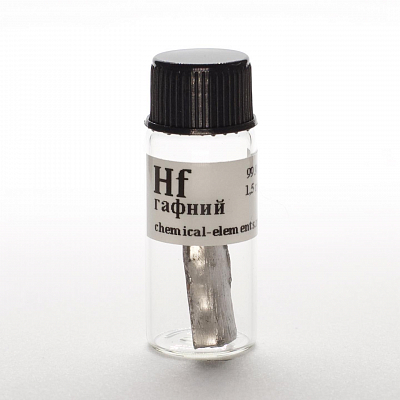 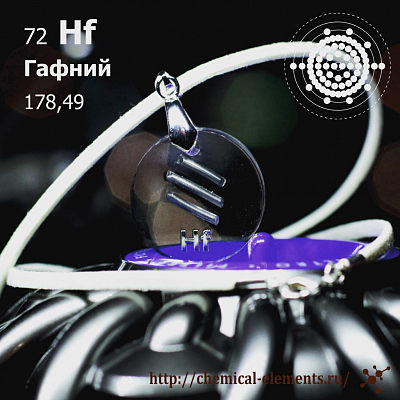 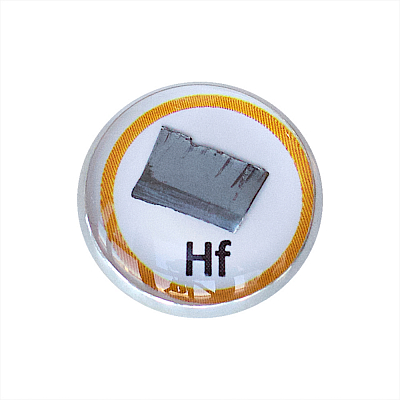 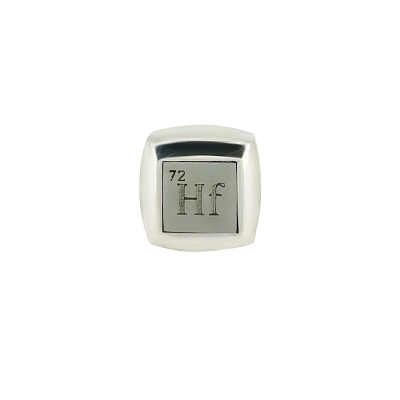 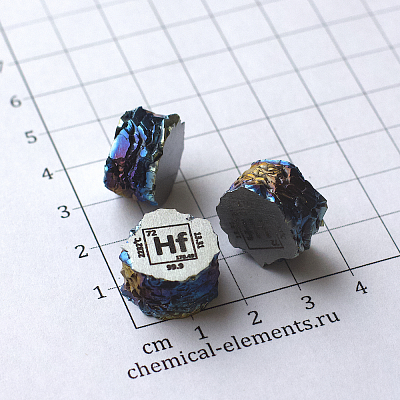 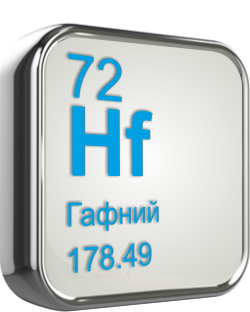 Atomic number     72
Atomic mass     178,49
Density, kg / m?   13100
Temperature
melting, ° С       2222
Hafnium is a heavy refractory silver-white metal. The existence of Hafnium was predicted by D.I. Mendeleev in 1870. In 1921 N. Bohr showed that element no. 72 should have an atomic structure similar to zirconium, and that, consequently, it should be sought not among the rare earth elements, as was thought before, but among the minerals of zirconium. Hungarian chemist D. Hevesy and Dutch physicist D. Koster systematically investigated the minerals of zirconium by X-ray spectral analysis and in 1922 they discovered element number 72, calling it Hafnium after the place of discovery.
Hafnium does not have its own minerals and usually in nature accompanies zirconium. The most valuable industrial type of Hafnium deposits are marine and alluvial placers of zircon.
Sections