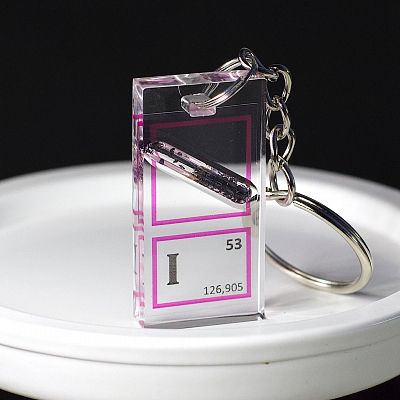 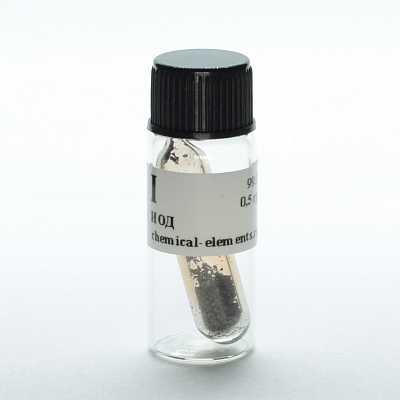 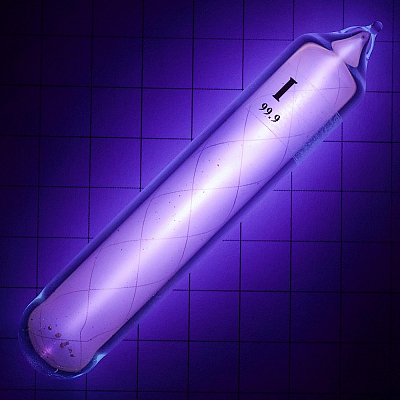 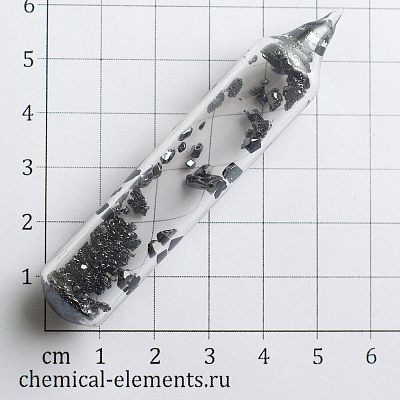 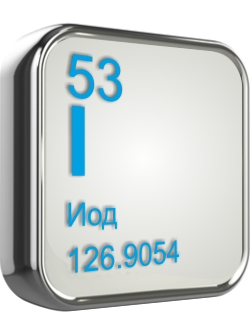 Atomic number     53
Atomic mass     126,90
Density, kg / m ?   4940
Temperature
melting, ° С       113,7
Iodine - crystals of black-gray color with a violet metallic luster, easily forms purple vapors with a pungent odor. Iodine was discovered in 1811 by Courtois in seaweed ash, and since 1815 Gay-Lussac began to regard it as a chemical element. Iodine is a rare element. However, it is extremely widely dispersed in nature and, being far from the most common element, is present almost everywhere. Iodine is found in the form of iodides in seawater. It is present in living organisms, most of all in algae. It is also known in nature in free form, as a mineral, but such finds are rare - in the thermal springs of Vesuvius and on the island of Vulcano (Italy). The raw material for the industrial production of iodine in Russia is oil drilling water, while in foreign countries that do not have oil deposits, seaweed is used, as well as mother liquors of Chilean (sodium) nitrate, lye from potash and nitrate production, which greatly increases the cost of iodine production from such raw materials.
Sections