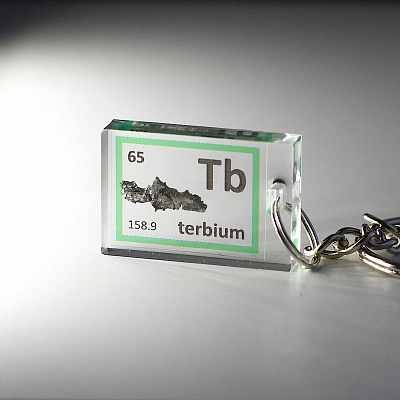 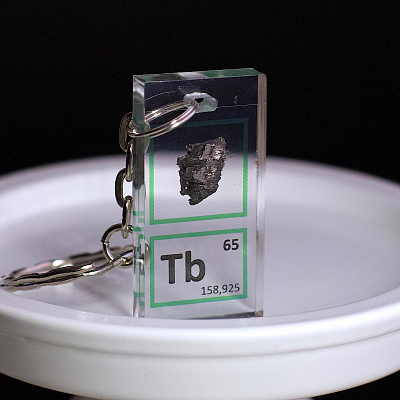 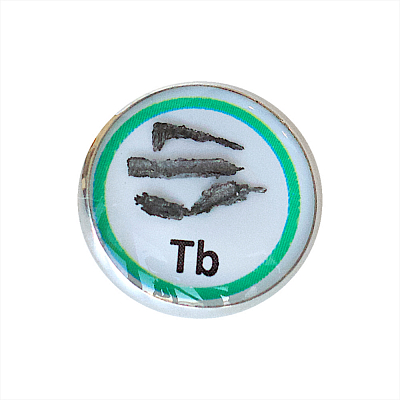 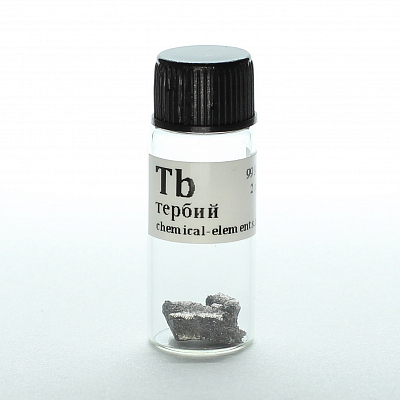 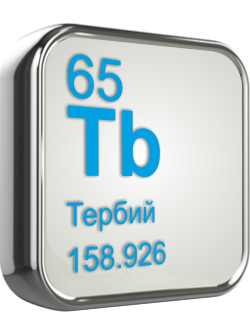 Atomic number     65
Atomic mass     158.93
Density, kg / m?   8270
Temperature
melting, ° С       1356
Terbium is a soft, ductile silver-white metal.
In 1787, amateur mineralogist Karl Arrhenius found in a quarry near the small Swedish town of Ytterby on the island of Ruslagen near Stockholm a new mineral, which was called ytterbite. Subsequently, several new elements were discovered in it. The Finnish chemist Johan Gadolin discovered an oxide of one of them in this mineral in 1794. The Swede Ekeberg named it yttria in 1797. In 1843, Swedish chemist Karl Mosander showed that yttrium earth is a mixture of three oxides. Similarly to how this mixture was "split" into its components, its name was also "split". This is how ytterbium, terbium and erbium appeared. Mosander was able to isolate the oxides of erbium and terbium in pure form.
The largest market for terbium is the electronics industry. In particular, metal is present in monitors of TVs, computers, tablets.
Sections