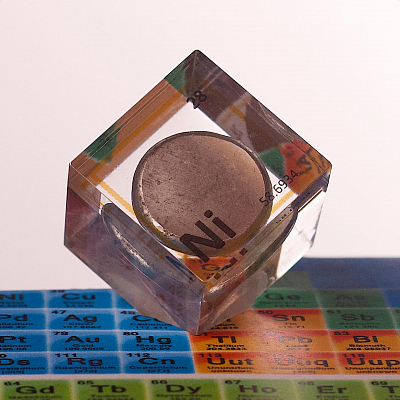 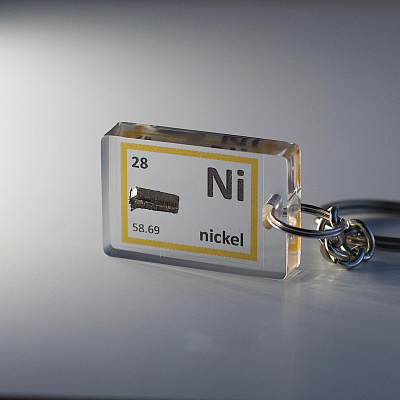 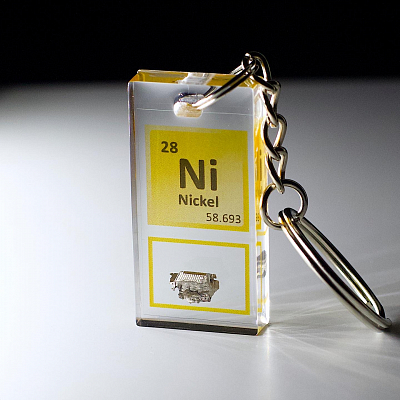 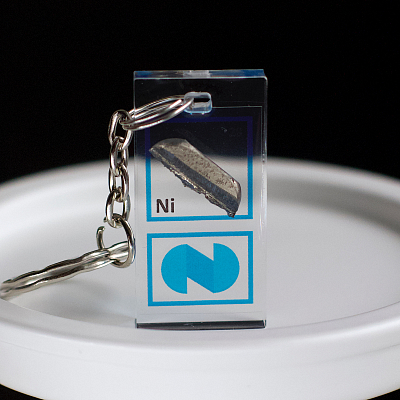 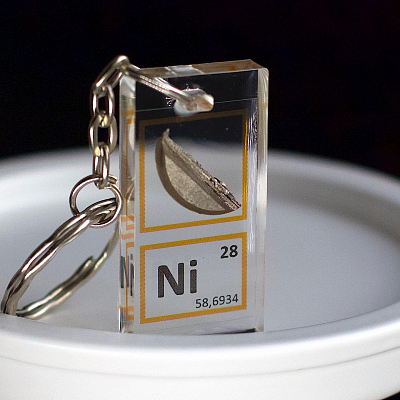 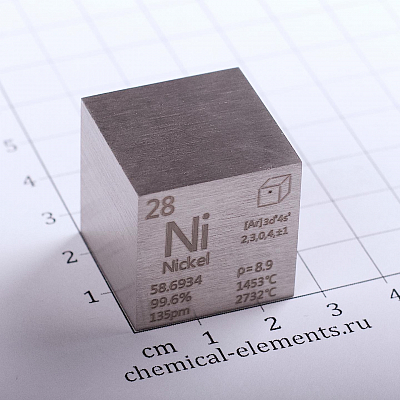 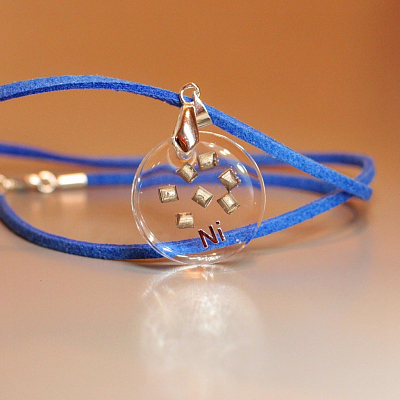 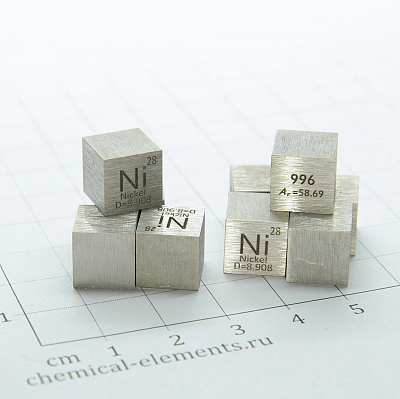 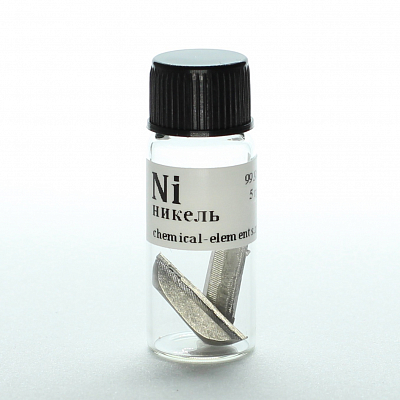 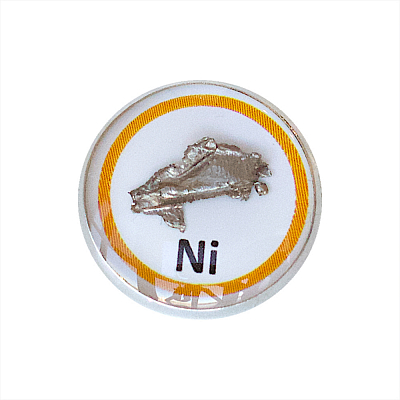 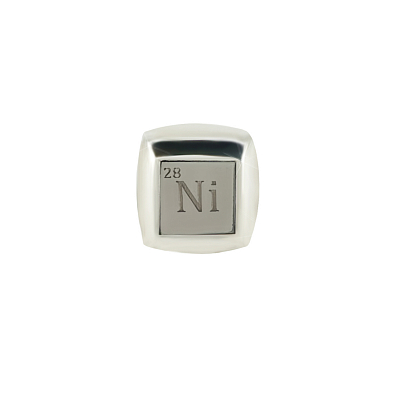 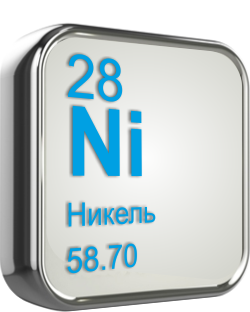 Ni
Atomic number     28
Atomic mass       58,693
Density, kg / m ?     8900
Temperature
melting, ° С       1453
Nickel is a ductile, malleable, silver-white transition metal, at normal temperatures in air it is covered with a thin oxide film. Chemically inactive. Metal in an unclean state was first obtained in 1751 by the Swedish chemist A. Kronstedt, who also proposed the name of the element. A much cleaner metal was obtained in 1804 by the German chemist I. Richter. The name "Nickel" comes from the Kupfernickel mineral, known already in the 17th century and often misleading miners by its external resemblance to copper ores. Since the middle of the 18th century, Nickel has been used only as an integral part of alloys similar in appearance to silver. The widespread development of the nickel industry at the end of the 19th century is associated with the discovery of large deposits of nickel ores in New Caledonia and Canada and the discovery of its "ennobling" influence on the properties of steels.
Sections