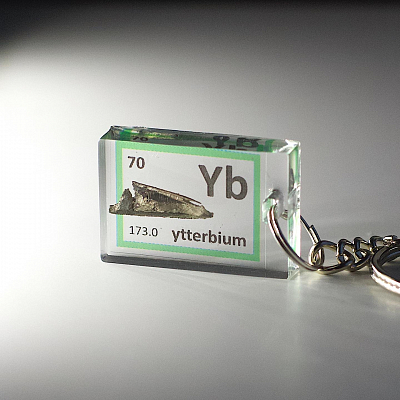 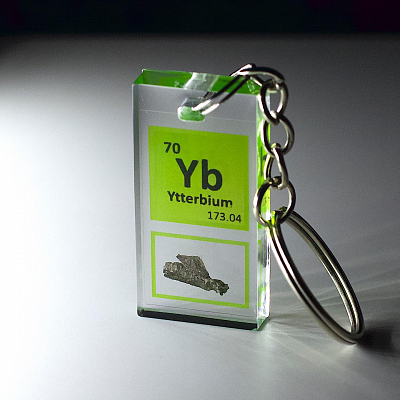 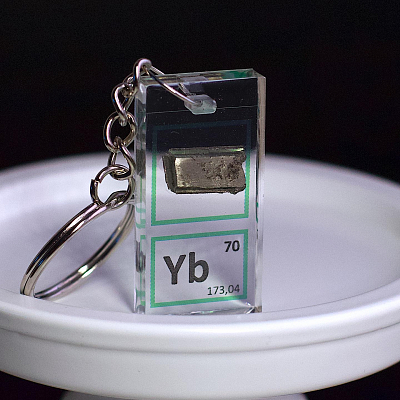 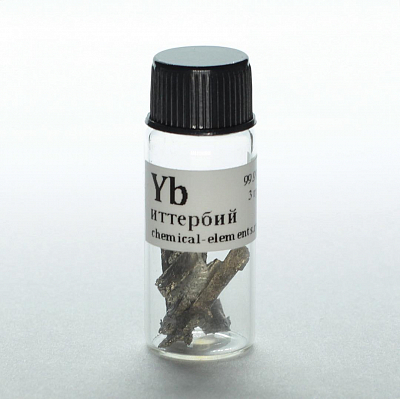 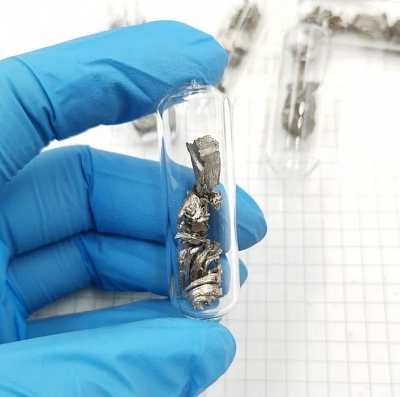 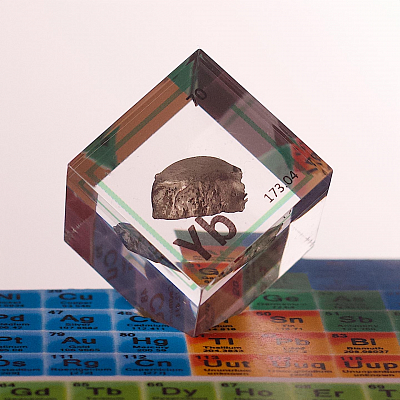 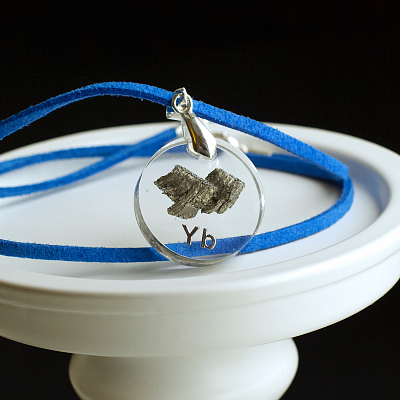 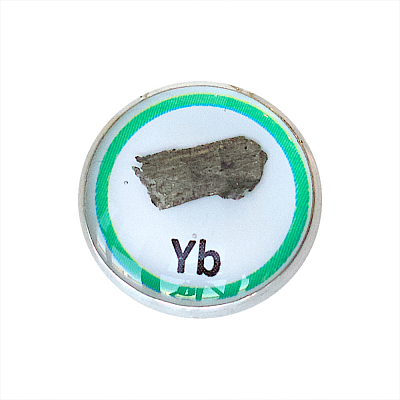 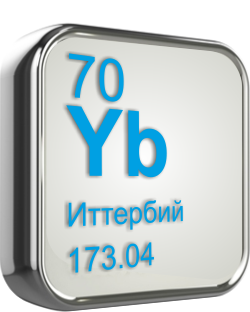 Atomic number       70
Atomic mass         173.04
Density, kg / m?       6980
Temperature
melting, ° С           824
Ytterbium is a silvery, glossy, ductile and malleable metal. Discovered by Marignac in 1878 in erbium oxide. Along with three more chemical elements (terbium, erbium, yttrium), it was named after the village of Ytterby, located on the island of Resare, which is part of the Stockholm archipelago. Ytterbium ions are used to generate laser radiation in the near infrared range, with a radiation wavelength of 1.06 × 1.07 μm, and in the form of ytterbium oxide are used to produce high-power fiber lasers. Single-crystal alloy barium fluoride - ytterbium fluoride doped with holmium ions is used as a powerful and technologically advanced laser material.
Sections