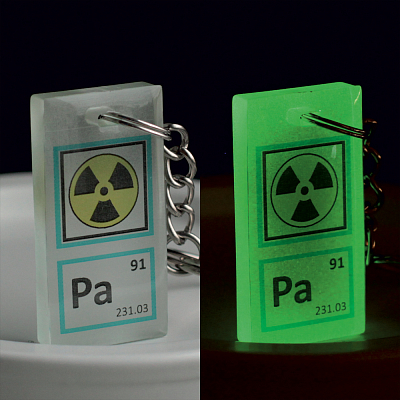 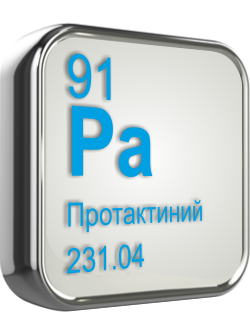 Atomic number     91
Atomic mass       231.04
Density, kg / m? & nbsp ;   15400
Temperature
melting, ° С         1840
Protactinium is a shiny silvery white, highly radioactive metal. & Nbsp;
In 1913, Casimir Fajans and Oswald Helmut Göring discovered the protactinium isotope in the decay products of uranium with a half-life of about 1 min, named because of its short life time "breviy" (from the Latin brevis - "short" or "short"). Then Black, Hahn and Meitner discovered the similarity of protactinium to tantalum.
In 1918 Hahn and Meitner in uranium tar and independently of them Soddy and Crenston discovered the long-lived isotope protactinium, so named because it was the predecessor of anemones.
Due to the low content in the earth's crust (content of the Earth's mass is 0.1 billionth of a percent) and extreme toxicity, the element has a very narrow application - an additive to nuclear fuel. The content of protactinium per ton of uranium is 0.34 g.
Sections