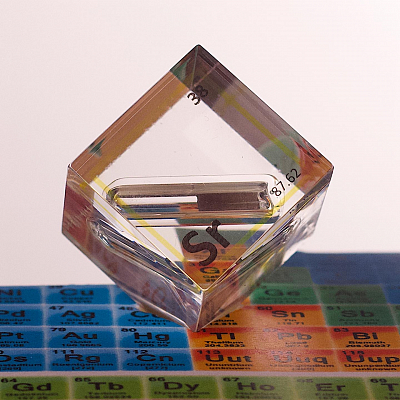 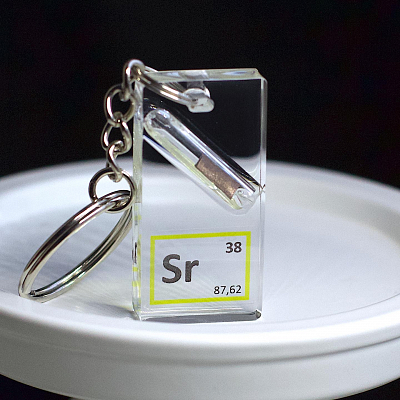 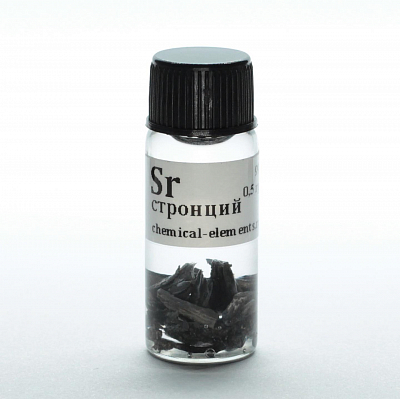 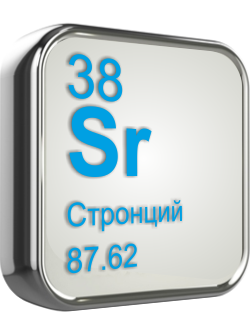 Atomic number         38
Atomic mass           87.62
Density, kg / m?         2600
Temperature
melting, ° С           768
Strontium is a soft, malleable and ductile alkaline earth metal of a silvery-white color.
The new element was found in the strontianite mineral, found in 1764 in a lead mine near the Scottish village of Stronti? an, which later gave the name to the new element. The presence of a new metal oxide in this mineral was established in 1787 by William Cruykshenck and Ader Crawford. It was isolated in its pure form by Sir Humphrey Davy in 1808.
Strontium does not occur in free form. It is found in about 40 minerals. The main areas of application of strontium and its chemical compounds are the radio-electronic industry, pyrotechnics, metallurgy, food industry.
Sections