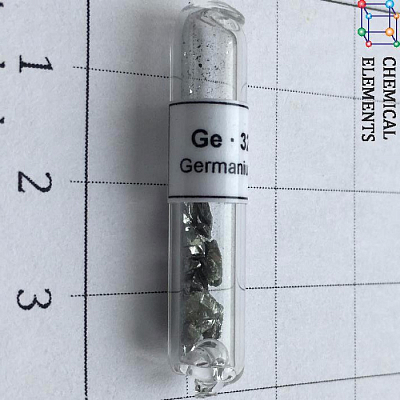 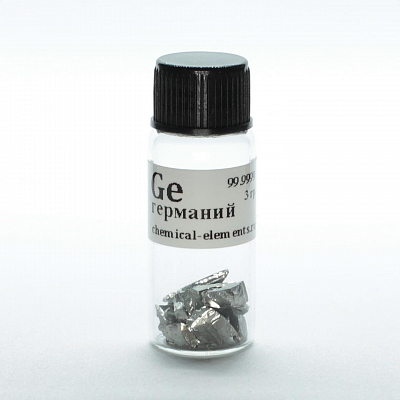 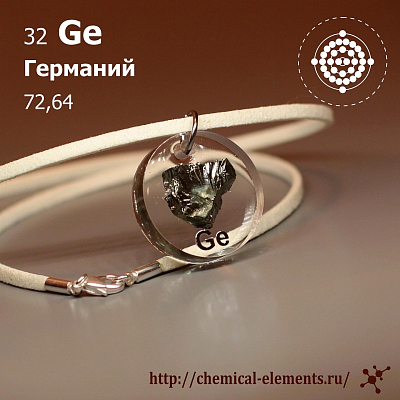 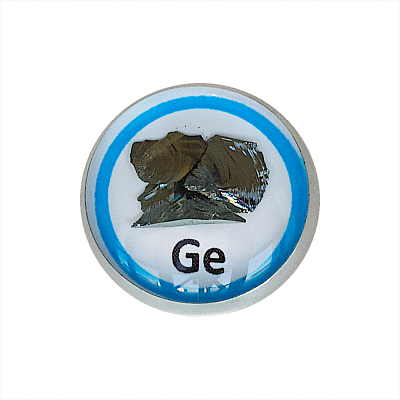 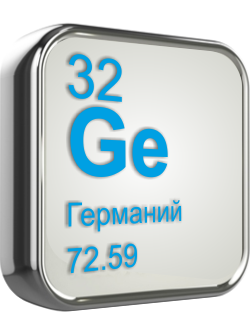 Atomic number       32
Atomic mass       72,59
Density, kg / m?     5320
Temperature
melting temperature, ° С       937,4
Germanium is a typical gray-white semiconductor with a metallic sheen. The existence and properties of Germany were predicted in 1871 by D.I.Mendeleev and named this still unknown element ekasilicon because of the closeness of its properties with silicon. In 1886, the German chemist K. Winkler discovered a new element in the mineral argyrodite, which he named Germany after his country. Germanium turned out to be quite identical to ekasilicon. Until the second half of the 20th century, the practical application of Germany remained very limited. Industrial production in Germany arose in connection with the development of semiconductor electronics.
Germany's own minerals are extremely rare. Almost all of them are sulfosalts. The bulk of Germany is dispersed in the earth's crust in a large number of rocks and minerals: in sulfide ores of non-ferrous metals, in iron ores, in some oxide minerals. In addition, Germanium is present in almost all silicates, in some deposits of coal and oil.
Sections