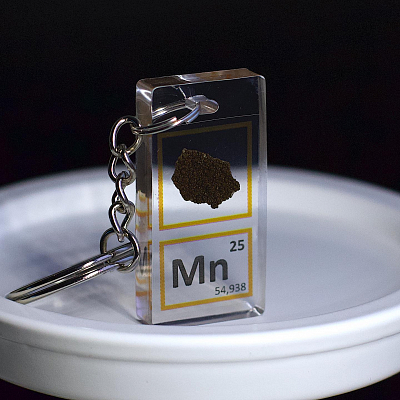 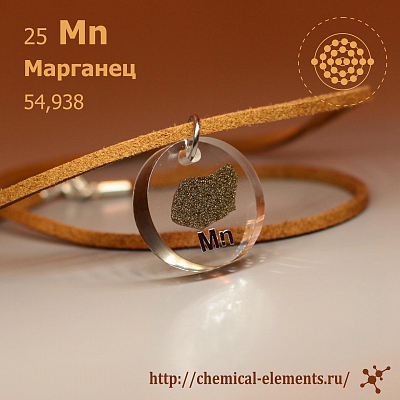 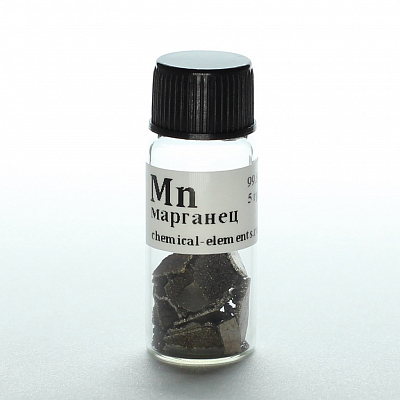 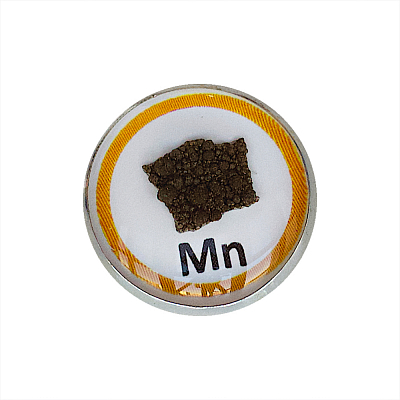 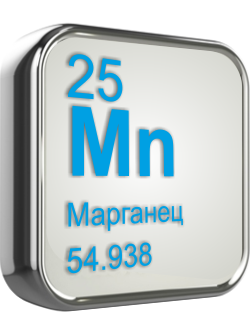 Atomic number       25
Atomic mass       54,938
Density, kg / m?     7430
Temperature
melting, ° С         1244
Manganese is a hard, brittle metal with a silvery white color. Along with iron and its alloys, it belongs to ferrous metals.
Manganese minerals have been known for a long time. The ancient Roman naturalist Pliny mentions a black stone that was used to discolor a liquid glass mass; it was about the mineral pyrolusite. Since ancient times, pyrolusite has served as a filler material in the production of iron in Georgia. For a long time, pyrolusite was called black magnesia and was considered a type of magnetic iron ore (magnetite). In 1774, K. Scheele showed that this is a compound of an unknown metal, and another Swedish scientist, Yu. Gan, strongly heating a mixture of pyrolusite with coal, and obtained manganese contaminated with carbon. The name Manganese is traditionally derived from the German Manganerz - manganese ore.
Sections